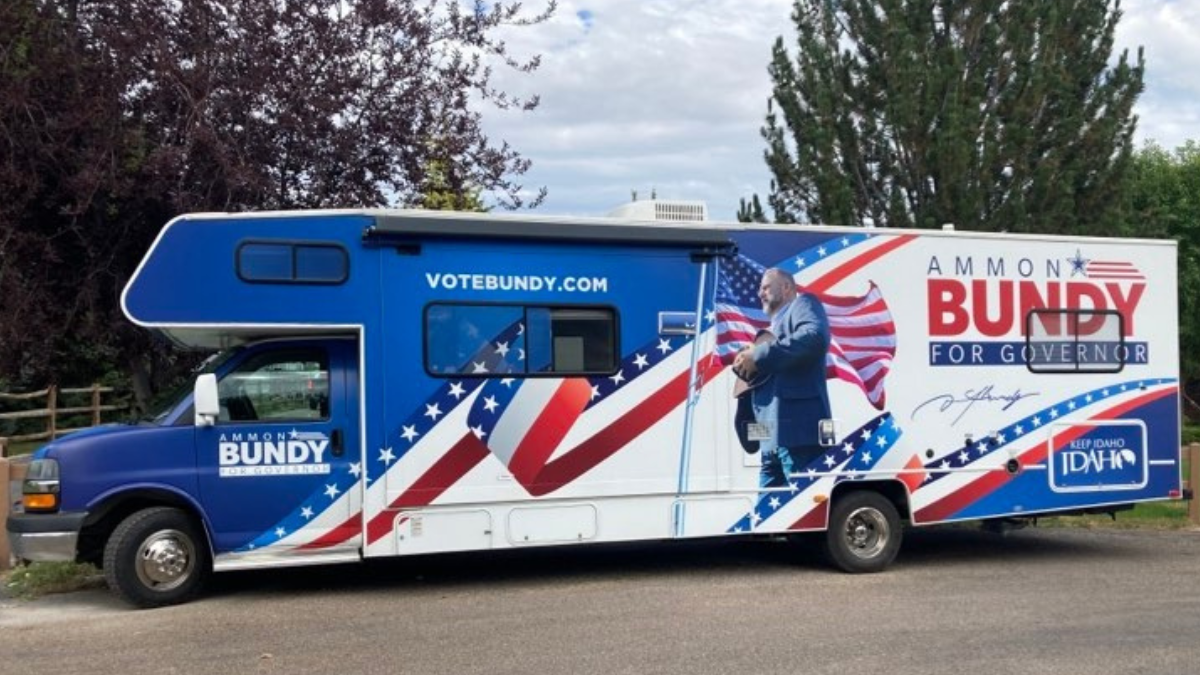 Pocatello, ID–Last Saturday evening, Ammon Bundy, Independent candidate for governor of Idaho, spoke to several dozen local citizens about his vision for a stronger, freer Idaho.  Citing the Founding Fathers, he explained that this country was founded on the concept that “liberty is the ability to do whatever you want as long as you do not infringe upon another person’s rights.”  He pointed out that as a nation and as a state, we have drifted far from this original view of freedom, and promised that as governor, he will seek to return Idaho to the values she is known for.

Before delving into his motivation for running for governor of Idaho, Bundy spoke about his background, describing the impact his upbringing and faith have had on his approach to life.  He also discussed his business success, citing the two businesses he launched, grew, and subsequently sold.  He then explained how his family’s history taught him that individual rights must be preserved through the efforts of individuals working together.

“Idaho is in a battle for its conservative soul,” said Bundy, discussing the challenges the state faces.  He pointed out that Idaho has the fastest-growing Food Stamp program in the nation, and is currently planning to spend several million dollars of COVID money on government housing.  He also listed several “Firsts” Idaho experienced during COVID:

He then went into detail on current Governor Brad Little’s mishandling of the pandemic, from declaring the emergency in direct response to the offer of federal COVID funding, to bypassing the Legislature in his allocation of those funds, to consolidating his power by invoking martial law throughout the state for the duration of the State of Extreme Emergency (which gave him authority over all state, federal, and police agencies in the state).

Bundy closed his presentation with an extended Q and A session, addressing topics ranging from his political affiliation, to his tax plan, to what he sees as his path to victory and how people can help him become the next governor of Idaho.